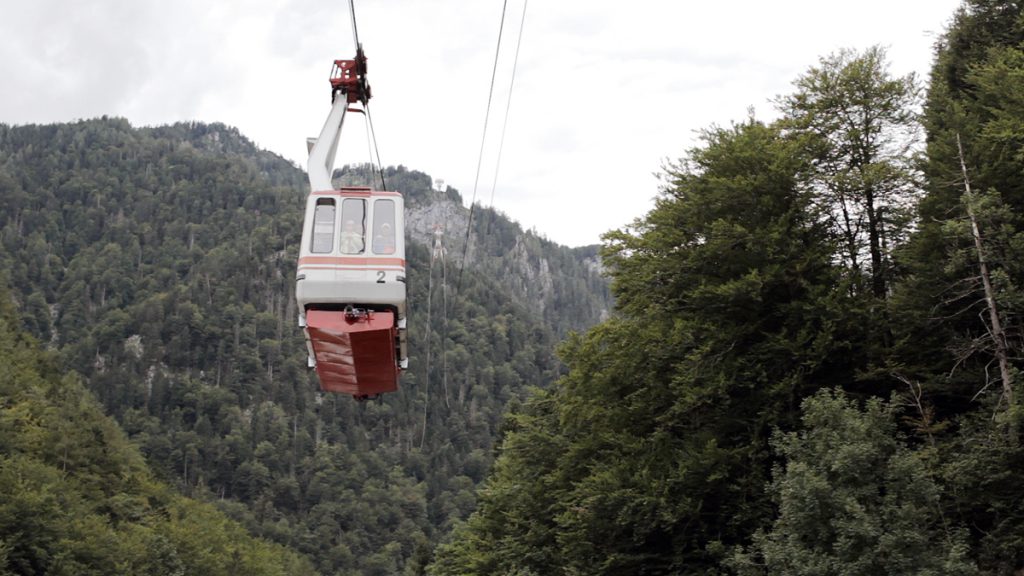 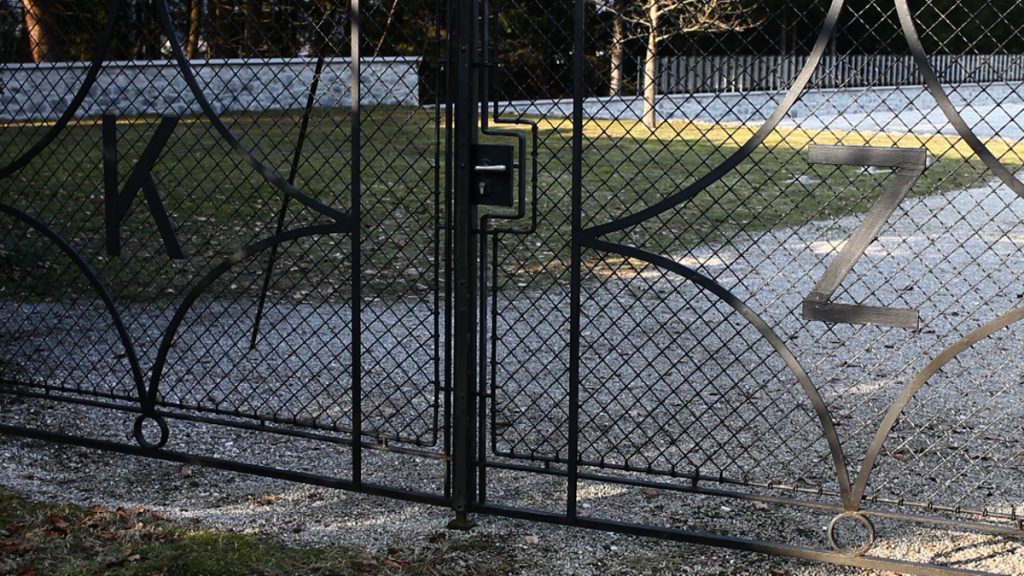 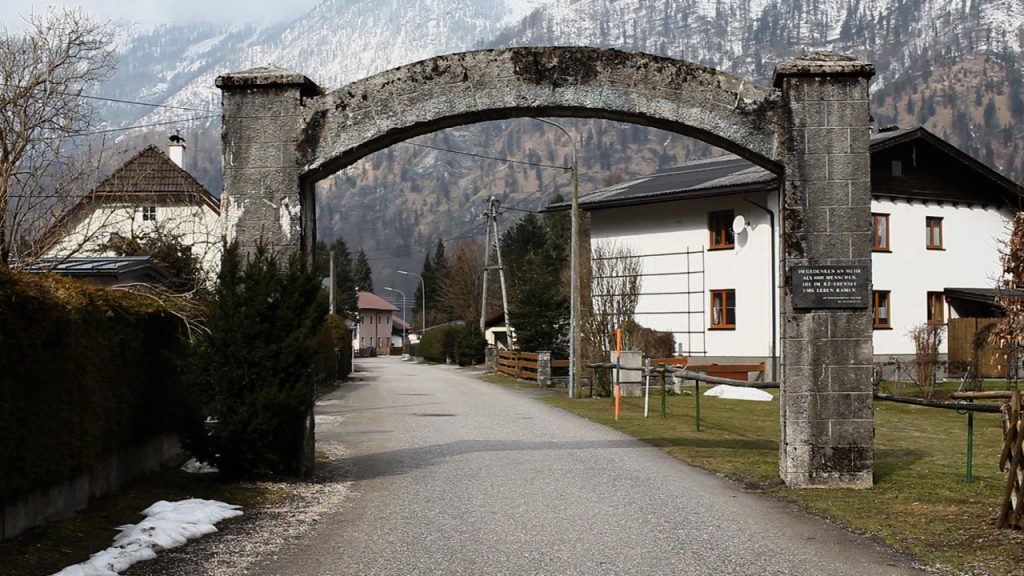 The film grapples with the past and present of a residential development built in the aftermath of World War II on the site of a former concentration camp. The housing development retained the erstwhile camp’s water supply, sewage system and roads, and reclaimed some of its materials.

Nürnberg and Peuker lets the viewer decide whether the Ebensee housing development symbolizes reclamation or historical denial.  Repurposing the land formerly occupied by the camp could be called a cleaning of the toxic emotional pollution of Nazi genocidal deeds.  An early reference to a Nazi rocket storage site now turned into a private firing range does suggest the conversion of Ebensee is neither an aberration nor unique.
Yet “Zement” leaves a pessimistic suspicion that an Important Historical Lesson has been ignored by Ebensee’s current residents.  The loud running of lawn mowers during a survivors’ commemoration ceremony certainly doesn’t suggest respect.   Teenagers’ air rifle shootings of visiting survivors feel more like realized socially unacceptable wishes rather than playfulness. (Peter Wong)