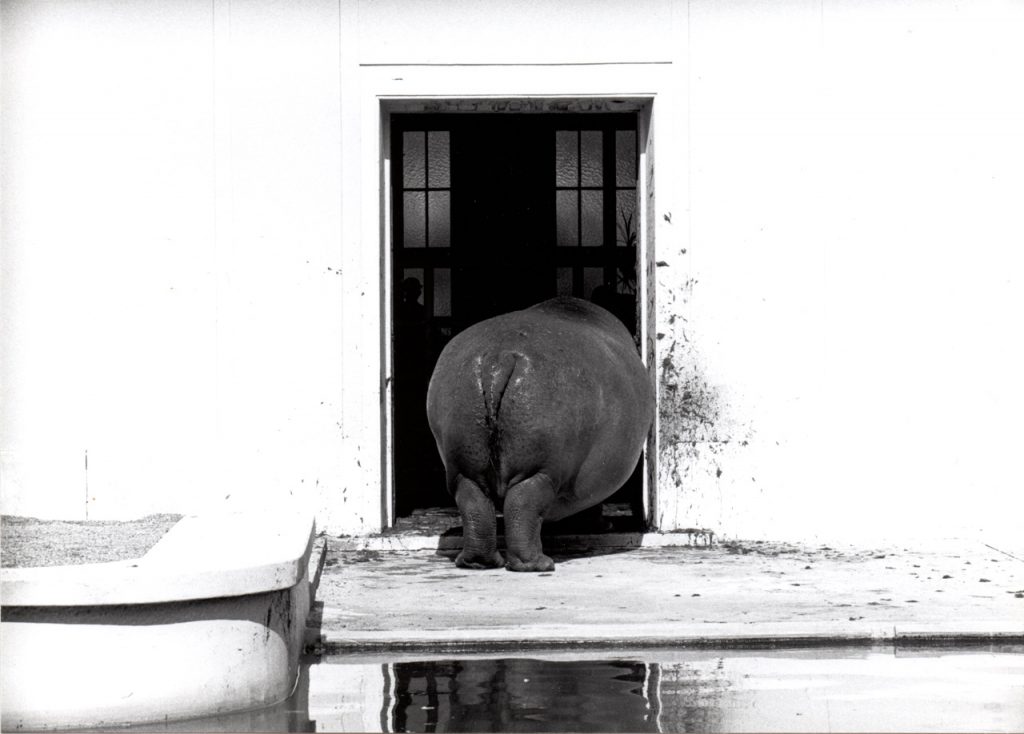 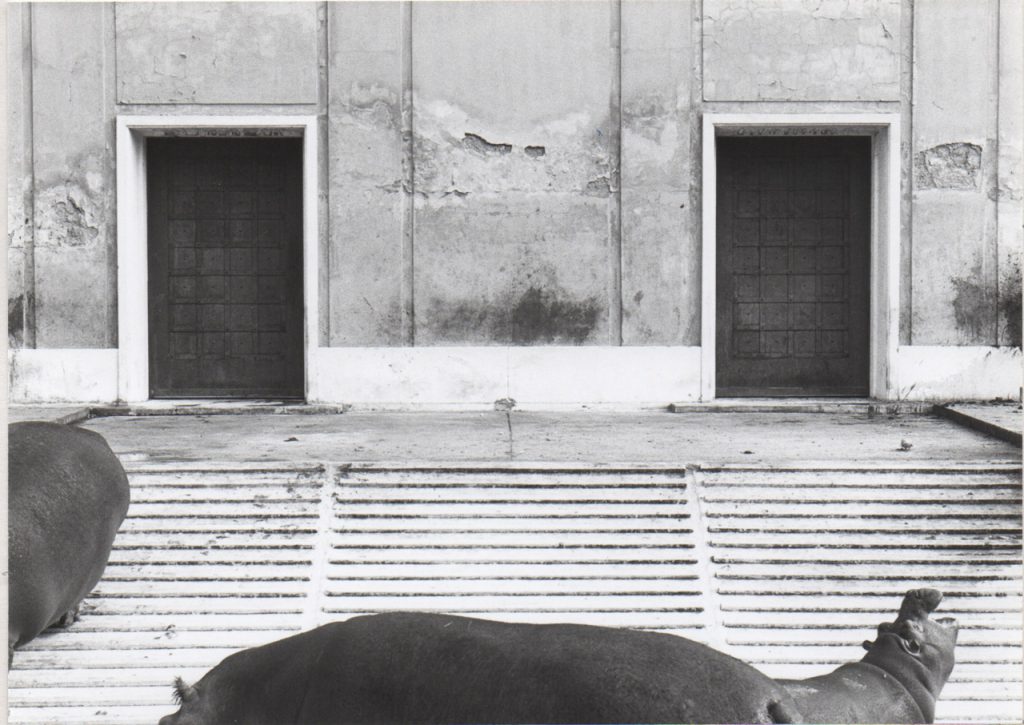 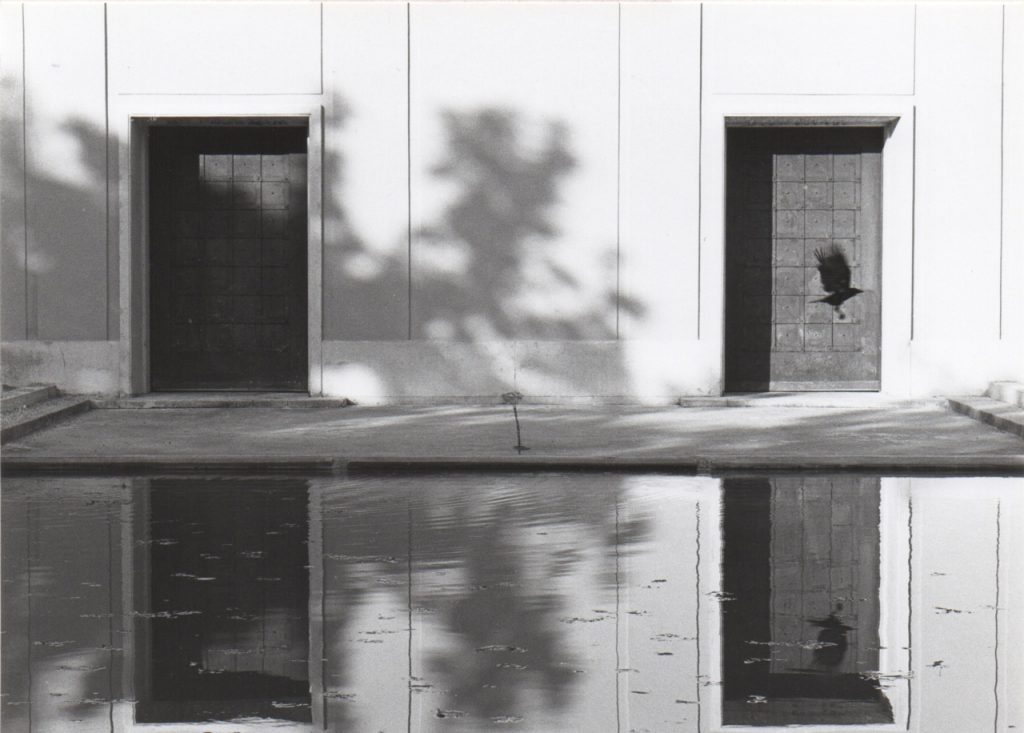 It is a question of order or disorder, cleanliness or dirtiness. The main protagonists are hippopotamuses (a male, a female and a baby—a family?) and two painters and keepers in charge of renovating and cleaning their pen. There are two backgrounds to this scene. One wall closes off the space the zoo has allotted to these animals, but two doors that slide open sideways open into another space, a deep space, the cage no doubt, inside the building that shelters the animals. Another setting is perceptible at times, that of water in which the wall, the doors and the hippopotamuses are reflected. This film confronts the spectator with a double challenge. On the one hand, a subtle interlacing of rhythms which simultaneously reveal the movements of these majestic and indolent animals, a purely cinematographic work using editing in order to organize a different time-frame. On the other hand, the scenes filmed from the front and in a fixed position rely on the absolute indifference these hippopotamuses show towards Karl Kels. This set-up, fleshed out by purely visual matter (blacks and whites, shades, reflections), is a brilliant questioning of the vision of the spectator who is invited to look closely: a sort of primitive scene in which the eye is stimulated and provoked by a non-spectacle built up into a cinematographic event. This holds right up until the last shot of a little black bird which flies away, free of any cinematic hold. (Jean Perret)

The film has the edition 7
Request for further information.