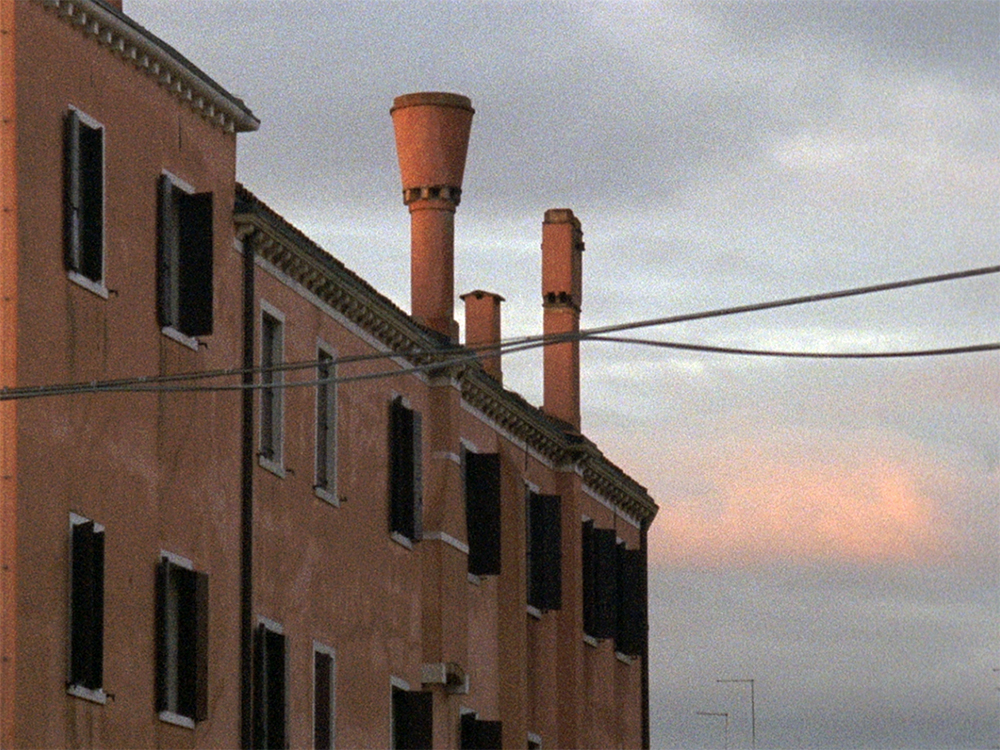 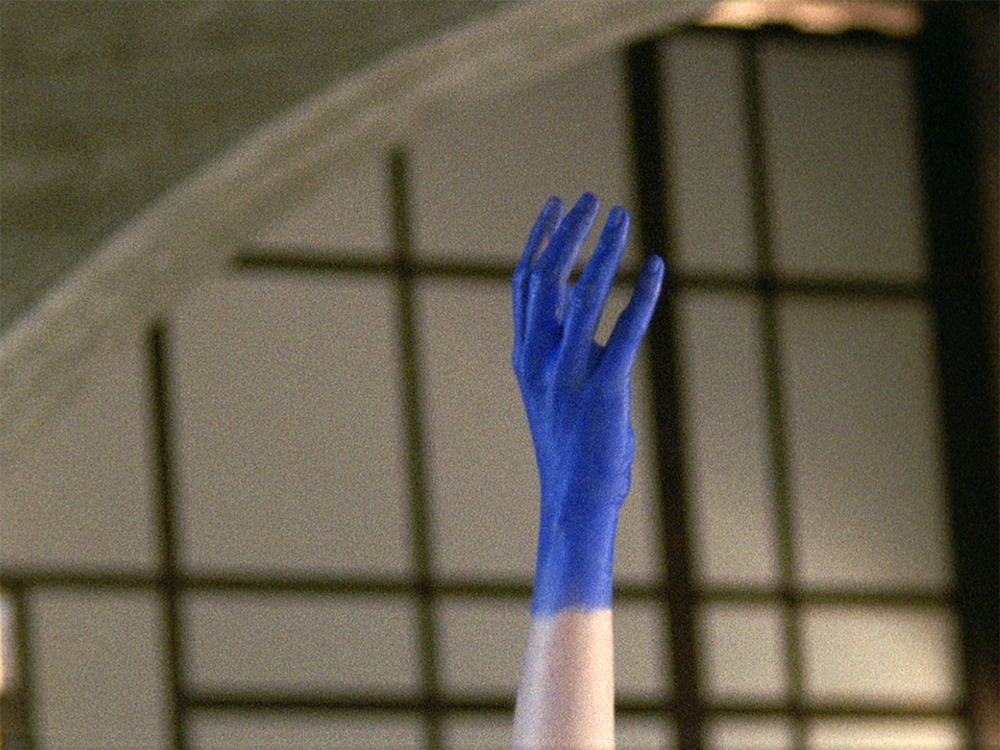 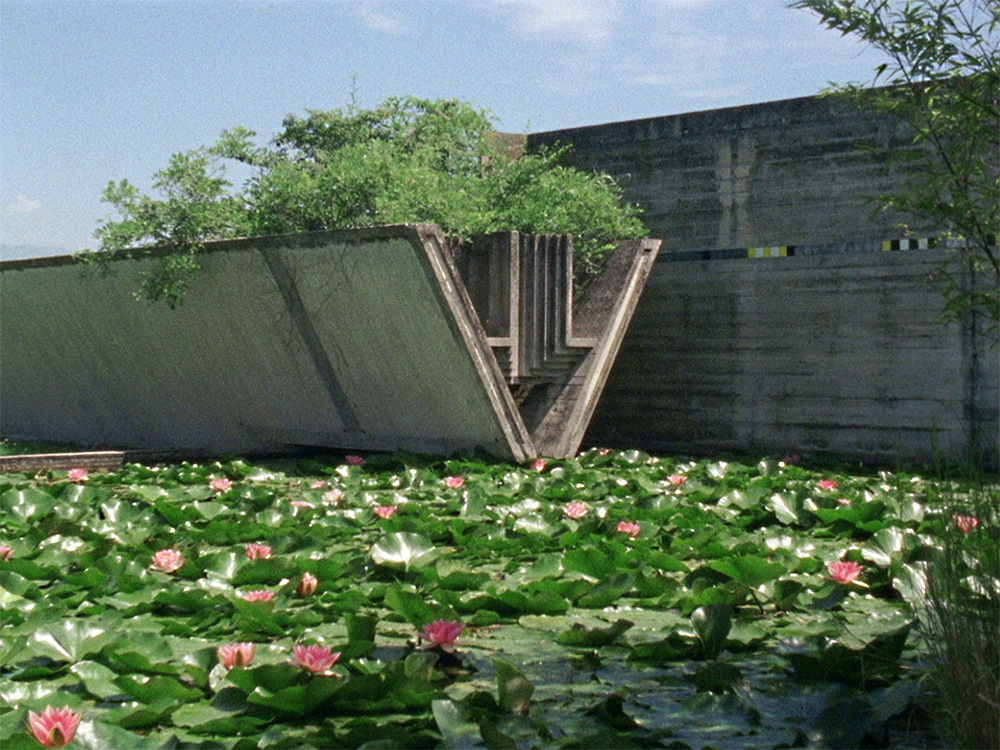 Marbled paper blue, a book’s illustrations, the flicker of film’s materiality: these are just a
few of the narrative devices that punctuate Bettina Nu.rnberg and Dirk Peuker’s essayist film
tracing the atmospheric efects of Italian architect Carlo Scarpa’s significant buildings,
including the Brion family cemetery. As homage the work continues the filmmakers’
interests in documenting architectural histories. What is significant about this more poetic
rendering is how it follows the rhythm of the spatial forms and motifs of their subject:
Scarpa took an apolitical stance and refused to make architecture during the reign of
fascism in Italy (1922–43); in the years that followed however, he produced Venice’s
modernist exemplars, arguably the most beautiful architectural works of modernism for
how they create mental spaces embedded in and indebted to his phenomenal city. With
awareness of their medium, Nu.rnberg and Peuker capture both the structure and freeforming
style of Scarpa’s architecture: their camera is equally focused on the mood of the
city, the flow of water, the mandala as dichotomous form—light casts shadows. In turn, the
film oscillates between document and experimental realism. The punctuating book pages
that were an inspiration for Scarpa and ofer a structuring means for the sensuality of the
recorded images come from the Venetian treatise of 1499 ascribed to Poliphili, which
loosely acts an inventory of life-forms and classical humanist thought while following the
story of courtly love. The act of ceremony is important to the book and so it is to the film as
it mediates on Scarpa’s constructions, anachronistic zones that cross life with death, only to
return to life once more: the film flickers, the paper is left wet, a hand all blue rises from the
ruins … (Laura Preston)